I formerly used that phrase often, then one day I realized that my use of the term "sinner" for myself was nothing more than self pity which is the same as pride. It says "look at me, I'm just like you". What we need to learn to do is point others to Christ and not to ourselves. That is impossible to do while referring to ourselves as we formerly were. I think of the words of Paul where he said " we no longer recognize Christ according to the flesh and so we no longer recognize one another that way either" (my off the cuff translation).

Nicole at Modern Reject got me thinking about this subject today when I read her post Are You a Saint or a Sinner?  Here is how her post begins:


We’ve all heard Christians say it and we’ve most likely said it ourselves: “I’m just a sinner saved by grace.”
We tell unbelievers that we are sinners just like them, only difference is, we’ve met Jesus, accepted His gift of salvation, and been saved.
And let me just say, this is completely false.
That’s right. We are lying when we speak these words. We are not sinners. We are something quite different…
You see, somewhere along the way Christians got the idea in their minds that they need to refer to themselves as “sinners” and not saints. Yet, the Bible, more specifically, the New Testament, does not refer to followers of Christ as sinners in the present tense.

(She has much more to say and there is some good dialogue in the comments so be sure to give it a look see and share your thoughts there.)

I recently read an article that made the argument that a Christian can no longer sin at all. In the article several points were made from different angles to prove this.  A couple of the points came to mind as I read Nicole's post.  The most notable is the argument that since sin is a violation of God's law which we are no longer under, then "sin" for a believer is different than sin outside of Christ. We can disobey and misbehave but we cannot violate the law since it no longer has jurisdiction over us. This is from a purely legal standpoint.  In terms of the progressing timeline of our faith, the old man was sold to sin under the law, the new man is free from the letter of the law but under the law of the Spirit. Interesting thoughts in my opinion even if it amounts to nothing more than mincing words to distinguish between the transgression of the believer and unbeliever.

How do you think the popularity of calling ourselves "sinners" even after we are in Christs affects our faith?  Do you think we should we discontinue using the term entirely for believers?
Email ThisBlogThis!Share to TwitterShare to FacebookShare to Pinterest
Posted by Misplaced Honor at 8:21 PM 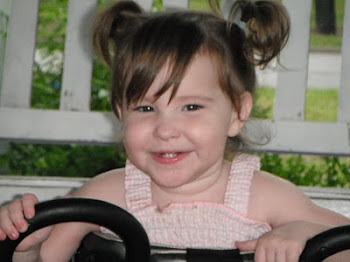